Matt Cutts, Google’s head of search spam, answers a question about mobile sites in his latest Webmaster Help video where a user writes in to ask:

Is there a way to tell Google there is a mobile version of a page, so it can show the alternate page in mobile search results? Or similarly, that a page is responsive and the same URL works on mobile. 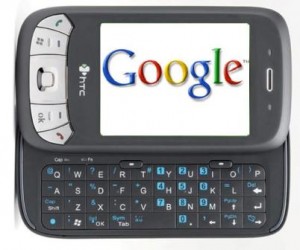 The other way to go would be to have separate versions of the site for mobile and desktop users, with each having their own URL. If you go this route you’re going to want to put a rel=”alternate” on the desktop site that points to the mobile version. This lets Google know these two versions are related to each other.

In this case you’ll also want to put a rel=”canonical” on the mobile version pointing to the desktop version. This tells Googlebot even though the mobile version is on a separate URL the content is the same, and as such it should be lumped together with the desktop version. As long as you have these bidirectional links, Google will be able to tell the difference between the sites and return the correct version to the user.

Yet another way to go would be to redirect any smartphone agents from the desktop version of the site to the mobile version. Googlebot can read and interpret this as well, so Matt reminds us it’s important not to block Googlebot mobile just as you shouldn’t block Javascript or CSS.

Following these best practices is the best way to let Google know about mobile and desktop versions of the same page. For more information Google has put together a comprehensive resource about smartphone-optimized websites in their Google Developers section.

To watch Matt’s full answer to this question in his own words, please view the video below: